In May 2010 the city of Paris expressed concern over the growing number of love-locks on the Pont des Arts, Passerelle Léopold-Sédar-Senghor and the Pont de l'Archevêché bridges, stating: "they raise problems for the preservation of our architectural heritage".

The lovelocks of the Pont des Arts disappeared during the night of 11 May 2010; they had been removed by a student of the nearby École des Beaux-Arts to make a sculpture. Love locks immediately began appearing on the Pont de l'Archevêché. Many tourists mistakenly believe this is a longstanding Parisian tradition, not realizing the practice only migrated into Paris in late 2008 after affecting cities in Italy and Asia

On 9 May 2014, the weight of the padlocks on the Pont Des Arts bridge was blamed for the collapse of part of the parapet. On 1 June 2015, the locks were taken down due to the collapsing of the bridge. 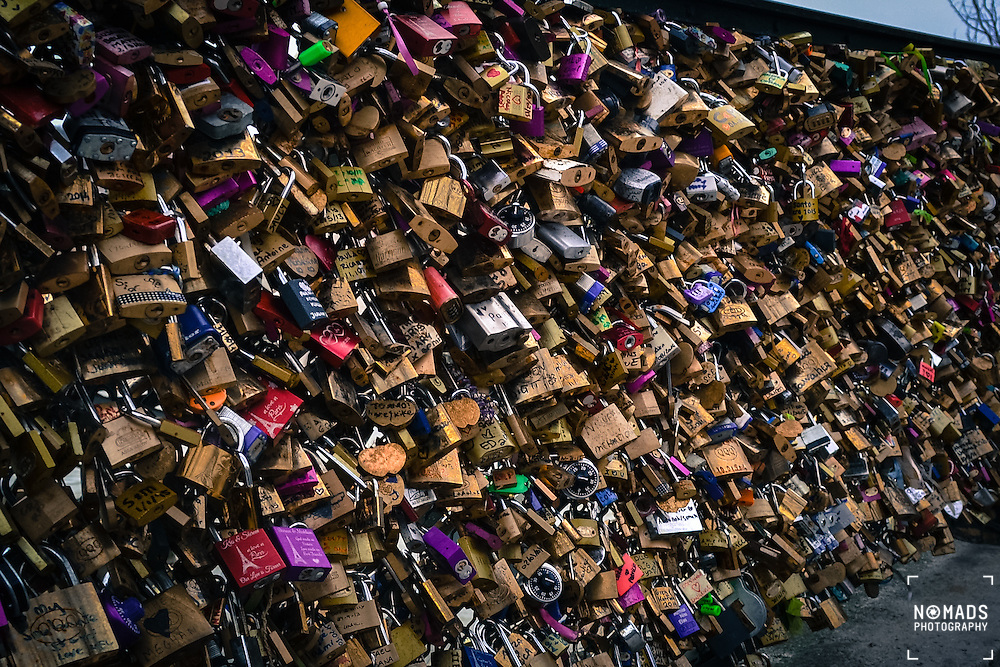