A young cyclist goes about his business in Bodh Gaya, Bihar, India. Bihar is one of the poorest states in India, yet has the fastest growing population. It was once a great centre of power, learning and culture in ancient and classical India. From Magadha arose India's first empire, the Maurya empire, as well as one of the world's most widely adhered-to religions, Buddhism.

Bodh Gaya is a religious site and place of pilgrimage associated with the Mahabodhi Temple Complex in Gaya district in the Indian state of Bihar. It is famous as it is the place where Gautama Buddha is said to have obtained Enlightenment under what became known as the Bodhi Tree.

Unlike Buddha I did not gain enlightenment in Bodh Gaya; a crippling stomach illness meant I gained a night at a filthy doctor's surgery on an intravenous drip, and a small bill to go with it. 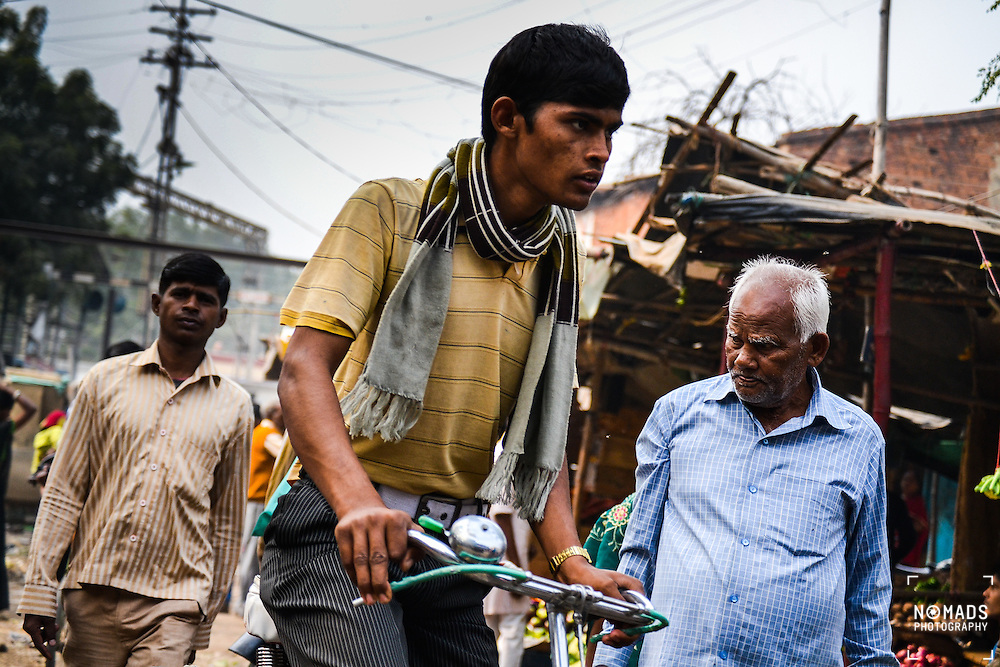